NGO “Osvitoriya”: educational resource with the activities and games, which could help to overcome a stress of children 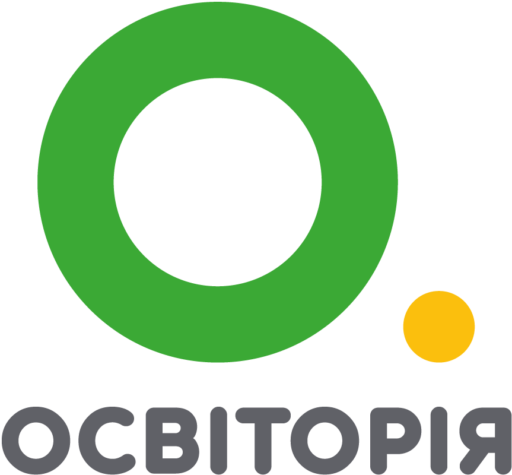 What to do with the child in the shelter?
How to talk to children about the war
Resource, which includes rules, collection of activities and games, which help to overcome psychological stress during the fighting.

Videos “Psychological care from Svitlana Royz”: how to take care on psychological health of children in crisis times 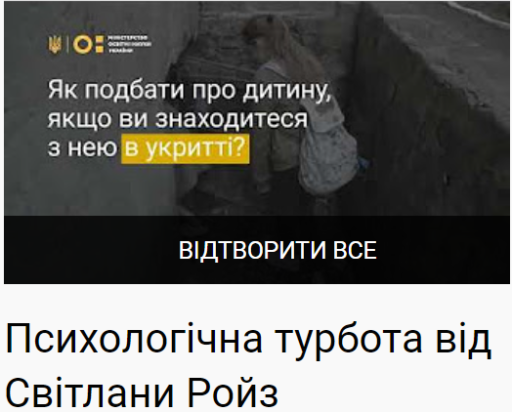 Advises to parents from Svitlana Royz – famous psychologist: how to take care on a hild in the bomb shelter; when father or mother protects the country; rules of support during evacuatio with children.

EdCamp Ukraine – educational community, together with the Institute of Trauma preapred training, which will support Ukrainians during this difficult time.

EdCamp Ukraine – Video appeal to all Ukrainian from Edith Eva Eger, psychotherapist, who passed through Holocost

Video appeal to all Ukrainian from Edith Eva Eger, psychotherapist, who passed through Holocost

365 fairy tales for the night. Ukrainian Institute of the Book, media service MEGOGO 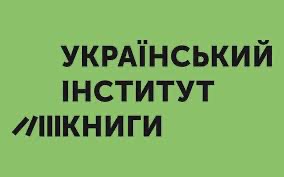 In 2020 Ukrainian Institute of the Book and media service MEGOGO launched All-Ukrainian action “365 fairy tales for the night”. In the first season, you can listen 20 New Year and Christmas audio fairy tales sounded by famous Ukrainians. This second season`s fairy tales are represented in three blocks – the first 20 stories from the modern Ukrainian authors are about nature diversity; the next 20 fairy tales from the block “Knowledge” are about technical and cultural progress, which prove that knowledge is a power. The third block of fairy tales is about super heroes. Among them — all known Kyrylo Kozhumyaka, and other heroes who live invisibly among us and already become the heroes of supermodern stories. 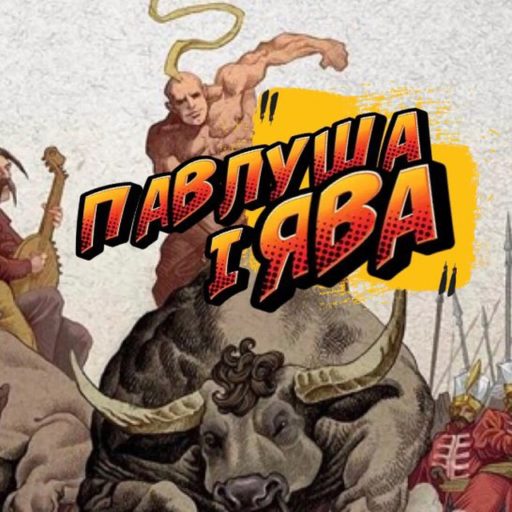 Media channel with audio fairy tales in Ukrainian, which can be downloaded and listened both by children and adults.

The space of the Ukrainian children’s books

The portal contains works by more than 400 authors of classical and modern Ukrainian literature, paintings by Ukrainian artists 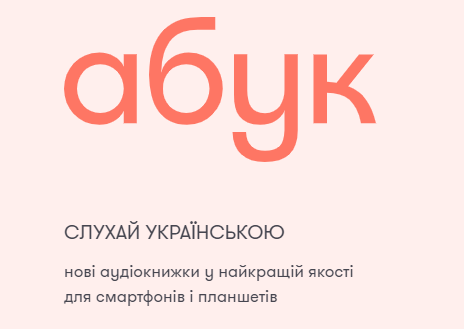 Audiobooks for development and enjoyment. The art works by modern writers, classical, educational and business literature